Hello everybody,
Another week in Sanlúcar de Barrameda. Here’s an update on how everything’s been going:
On Monday evening, we had our customary Noche de hogar in Aurora’s house. Our investigators Maru and Ángel were there, and we taught a bit about the plan of salvation. Maru and Ángel (once again, they are both just friends of Aurora) both have been reading in the Book of Mormon, and thanks to the help of some of our members, were able to come to church yesterday! I’ve noticed that’s usually the hardest commitment for investigators to keep, so it’s always a good sign when they make that choice to come.
Tuesday was a tiring day. We had planned to meet with Alfonso in the afternoon and finish teaching him the commandments so that he could be ready for his baptismal interview with President Andersen that afternoon. However, during district meeting, he called us and told us that he didn’t think he’d be able to come because his legs were hurting, and he needs to walk a long way to get to the chapel in Sanlúcar. Luckily we worked things out by asking a member to drive him to the chapel, and we were successfully able to finish up what we needed to teach him. He also passed his interview with President, so Alfonso will be getting baptized next Sunday, the 19th! Since we had our interviews with President Andersen right after he had his, we were able to hear how it went. President said he asked Alfonso what was the biggest thing that the missionaries had taught him, and his answer was “Repentance.” He also said, “Never before have I felt so much peace in my life than I do now with the gospel.” We’re so happy for him.
On Wednesday, we had a lesson with Bibi about the importance of the day of rest and coming to church. It was a really good lesson, and she said that she really wants to come to church, but it always seems like something comes up at the last minute that prevents her from going. We all agreed to pray so that she’d be able to organize her life better so that she’ll be able to come to church soon. It seems like she wasn’t able to come yesterday, so we’ll see how it goes this week.
This Friday, something happened that I never ever thought would happen in my mission: WE HAD AN AMERICAN FAMILY HOME EVENING. MIKE DE HOGAR HAPPENED. Because of the nearby Rota naval base, there is an American branch that meets in the chapel in El Puerto de Santa Maria. One of the families from that branch, the Erwins, lives here in Sanlúcar, and they were kind enough to help us out with this. So, on Friday evening, us and the Erwins went to Mike’s house and had a very American family home evening. It was perfect because Mike’s kids are the same age as the Erwin’s, so they were all playing together and we were able to share a lesson about the difference between the Light of Christ / Power of the Holy Ghost / Gift of The Holy Ghost. Mike is really excited to come to Alfonso’s baptism this week in order to “see how it’s done.” Mike de Hogar was a success.
Church yesterday was really good. There’s a new young family that just moved into the branch from the Canarias with two young daughters, so everyone’s excited about that. Elder Kassing and I actually spent the last two hours of church with the primary because I’m now the primary pianist as they prepare for the primary program in a few weeks. There were like seven kids there yesterday, so that’s pretty good. Primary was super fun.
In preparation for the next Noche de Hogar, Elder Kassing and I spent some time yesterday looking through all of the talks from the last General Conference that talked about the Book of Mormon. There’s a lot of them! We were able to make a video of segments from each talk that reference the Book of Mormon and more specifically, the prophetic guidance that we have received to study it every day. I’m grateful for the words of these living prophets in addition to those of the prophets of old that are found in the scriptures. As the Lord Himself declared, “What I the Lord have spoken, I have spoken, and I excuse not myself; and though the heavens and the earth pass away, my word shall not pass away, but shall all be fulfilled, whether by mine own voice or by the voice of my servants, it is the same” (D&C 1:38).
That’s it. Love you all. Have a great week.
Élder Stark ??

4: At the carwash with Hermana Brantley and Elder Moon

7: Elder Kassing and I performing at the zone conference a few weeks ago 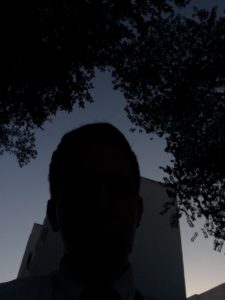